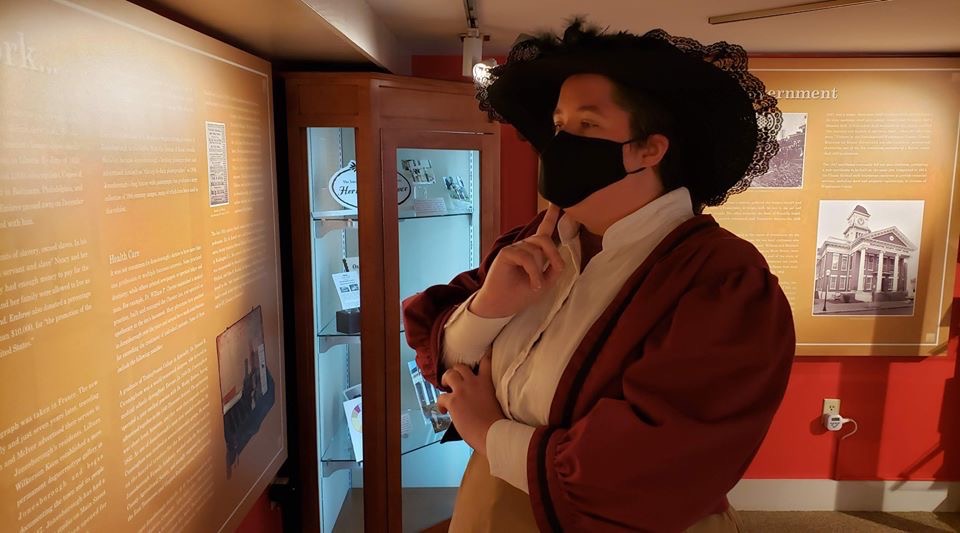 Straight up, I haven’t been too good about this. This pandemic keeps going and it’s finally made its presence known in my neck of the woods in Washington County, TN. Case counts and hospitalizations are high. Schools are online right now and we’ve got a mask mandate through the end of the month. At work we continue to adapt, but I’m honestly getting tired of treading water. I had more fortitude in March/April. Now sometimes the urge to sink is overwhelming. On a positive note, my mother’s broken arm continues to mend. I’m back living in my house after living with her to help out since early March. I came back to my house in June because she was doing better and also because my oldest cat Smudge was ailing. Unfortunately, he passed away last week, but we got to spend a wonderful last week with him. Still, it was another blow in an already hard year. We lost Aldonza in March of 2019. Sometimes I feel like I’m a walking, gaping wound. I know I’m extremely lucky, though, because there are people all over the world suffering through MUCH worse. But it doesn’t make my pain hurt any less.

There’s my updated. Wish it was peppier. Here are some pictures from the last few months. 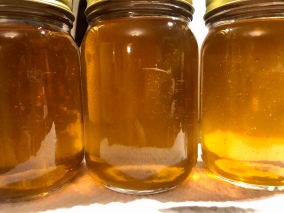 (First pic, the family the last time we were all together in May 2020, before we had to start distancing from one another due to health reasons and some of us having more public jobs than others. Second pic, me sporting my mask and my Victorian garb in the Chester Inn Museum. This was part of our attempt to encourage guests to wear masks before the mandate. Third pic, our bees made honey. In case I didn’t mention it, my spouse and I are beekeepers now. Fourth pic, my sweet sweet Smudge near the end of his time on this realm. Fifth pic, our four kitties earlier this year. Now we’re back to three.)

In the writing world, I did win a Haiku challenge, which I covered in my last blog. I had promised to share my other three entries then, but they have since been accepted for publication in the Shelved anthology from Mountain Gap Books. I hope to have a short story in that anthology, too. More info on that publication as it becomes available.

At work, we’ve been looking to past epidemics and pandemics to help contextualize the current one. Since I work in museums, we’ve been pouring through records for the Spanish influenza from 1918-1920. I had two short stories in mind for the Shelved anthology. This one didn’t get written in time, so I’ve decided to write it in stages via my blog. Maybe this will help me write more blogs? Here’s hoping.

The rhythmic beeping of the hospital machines was white noise now, and even though he was so tired, Albert found he couldn’t sleep. The oxygen cannual in his nose provided him with enough air to keep his heart beating, for now, but the rest of his energy was gone. He didn’t understand how he was still awake, even for a minute. The light from the window shone through the curtain and hurt his weary eyes. It had been night last time he’d checked, at least he thought it had been. He must have gotten some sleep, then. It didn’t feel like it, though. He felt like he’d never slept once in is 102 years.

The bustling of the hospital was a low level buzz on the other side of the door. They were trying to save someone. He was sure of it. The nurses were busy whisking a ventilator off to a soul that needed it to live. He’d told them he didn’t want one, that 102 years was long enough. It was much more than some got. Albert had made his peace with death long ago, on the shores of Okinawa. He’d survived the war, though, married and had two kids, five grandchildren, three great grandchildren, and two great great grandchildren. It didn’t make leaving them any less painful, but he knew he couldn’t be greedy with time. He couldn’t cheat death forever.

Albert thought he heard his room door open and someone walk in. It must be one of the nurses, come to see if there was anything he needed, anything they could do to make him more comfortable. His eyes looked up slowly, but it wasn’t a nurse at all. This person wasn’t decked out in full hazmat gear. They didn’t even have a mask on. For a second, Albert wondered how they’d gotten in. But then they smiled, and Albert realized he knew this face. He thought he’d dreamed this face when he was young, just a little over a year old. This was the face that’d looked down on him in his crib when he’d been sick with the flu. It was a sincere face and beautiful in its androgyny.

Albert felt his chest lighten. It hurt less than it had in weeks. He also found he was able to speak without those terrible, hacking coughs. “I – I know you.”

The person smiled again. “Yes, you do.” They looked around the room for a spare chair.

“I thought I dreamt you.”

“Most people think that.” The person pulled the chair from the window by the bed, unbuttoned their waistcoat, and had a seat. They were dressed in an impeccable, blue suit with a dark bowler hat to match. They removed their hat and placed it on their knee, and their brown, bobbed hair framed their face nicely.

“You’re dressed up for church, or a funeral,” Albert observed. He mulled it over for a moment. “Is it my funeral?”

The person casually observed the machines. “Not yet. Not quite.”

Albert nodded, only slightly disappointed but also slightly relieved. “I don’t remember what you were dressed like last time. I just remember your face.”

The person thought it over. “I think it was my gray suit. I’ve been around since time began, but I can’t get over the fashion of the late 19th century, it was just so dapper.”

Albert chuckled a little. It hurt, but not as much as it should have. “Have you come to take me away?”

“Eventually.” The person leaned against the bed rail and placed their chin on their slender hands. They watched Albert for a moment.

Albert took the deepest breath he was able to. “I’m ready, Death.”

Albert turned his head slightly to look them in the face. “Why not? It’s your job, isn’t it?”

“Yes,” Death surmised. They pressed their lips and leaned back in the chair. “But you’re the first person I ever lost in a bet.”

Albert’s eyes grew wide. “My mother always said she won me in a bet. Whenever I did something reckless, she’d say, ‘Albert, I won you fair and square, don’t you go risking your life.'”

Death smiled fondly. “Your mother was the best card player I’ve ever met.”

“Will you tell me?” Albert pleaded. His mother had come close to telling him once, when she’d been near the end of her life, but she’d decided against it, told him it wasn’t a decent story.

Death cocked their head. “You don’t think you’ll be seeing your mother soon enough to ask her yourself?”

Albert shook his head. “I don’t know how it works, but even if we get to meet again, she won’t tell me. She said it wasn’t a decent story.”

Death chuckled again. “I don’t know if I’d call it salacious, but it’s a good story.”

“Tell it to me, please?” Albert asked again. “Grant the wish of a dying man?”

Death licked their lips and leaned forward. “Seeing as you’re on your way out and can’t tell another living soul, here goes.”

There’s the first installment. Tune in next week for more, and I mean that. I’m going to make myself mean that. To help pass the time, I’ll keep listening to Taylor Swift’s new album “Folklore,” which is kind of the soundtrack to my current angst and melancholy. I’m holding out for the new Killers’ album which has been delayed by the pandemic.

If you’re looking for a wonderful piece of historical, fantasy fiction to read, I suggest Striking Balance by Jeanne G’Fellers. Read more about the book on her blog! It was my first time being sited as a recourse. Historian achievement level unlocked. Also, a huge congratulations to my sister Jeanne on her tenth novel! Now that’s a huge accomplishment.