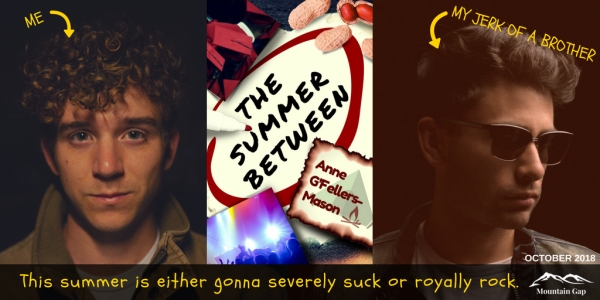 We’re less than a week away from the release of The Summer Between! Over the past few weeks, I’ve introduced Brendon, his older brother Derrick, his best friend Lindsay, his good friend Glenn, and the ever straight forward Lillian. This blog is dedicated to the other characters who make up The Summer Between. There’s no way I could fit everyone in, but here are some of the other intriguing people who make up Brendon’s world and his summer.

“My name is Levi Connors Maxwell III. I am your manager. I have worked for The K-Nut Hut for ten years. This company graciously bestowed me with a job at the age of sixteen, and I’ve never looked back. I contemplated a military career, but the time has come and gone.’ The right side of Levi’s face, eyes, nose, mouth, the whole kit-and-caboodle, jerk upward in an awkward swoop as he mentions his former life. It’s a hell of a tick.”

Then there are the rest of the employees at The K-Nut Hut: Thomas Jefferson, a poor soul trying to survive his first ever summer job, Samantha, who has a unique niche when it comes to sculpting, and ex-police officer Randy. There’s also Clark Smith and Kent Wilson, who may or may not be robots.

When he’s not stuck at work, Brendon is busy composing a song for Ashley Louise Alyssa Long. In Brendon’s own words, “I love Ashley Louise Alyssa Long. I have always, always loved her. I loved her in the tenth grade when she dyed her hair black and started a band with Amber and Andrea, aptly named the Triple A’s. Ashley Louise Alyssa Long is all about her music, a true artist. She’s going to get a double major in music performance and business, and then she’s going to be a talent agent. What I wouldn’t give to be her client, but I can’t get the girl to notice me. I’m just some kid in her class. That’s all I’ve ever been, but no more. On August 1, I’m going to take the stage at the annual Sinister Cyanide Lounge Singer/Songwriter Competition and blow her away.”

“Sticker Fish is the best band ever, the sound of my generation! They’ve only been ‘on the scene’ for three years, and they’ve already had nine number one songs and two multi-platinum albums. You know their songs, such classics as ‘Monday Morning Amnesia,’ ‘Whirling Dervish Gypsy Divine,’ ‘Chew and Choke on This,’ and ‘American Rhapsody Temporarily Postponed.’ They may be big-time, but they always take time for their fans . . .”

Then there is the Widow Radcliffe who lives with her plethora of small dogs in a cute, little house. 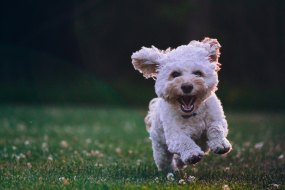 But there’s more than meets the eye to Mrs. Radcliffe, just as there’s a little more to everyone Brendon interacts with. His summer will be filled with the unexpected, and lessons will come from all directions. Sometimes the lessons come from people he’ll never physically meet, like Bradley Simms and Lee Marcus.

How will these characters shape his summer, and maybe even the rest of his life?

I intended to share a snippet from this year’s edition of A Spot On the Hill today, but I’m still in the research stage of my annual cemetery play. I’ll be able to share from it next week. This Wednesday I’ll be sharing more from The Summer Between. There aren’t too many weeks left to share from the book, seeing as it will be released on October 1. (Less than a month away, OMG!!!!)

This week I’ve got a quick look into Brendon’s summer job at the K-Nut Hut. Believe me, it’s just as ridiculous as it sounds, but at least he’s sharing his misery with his good friend Glenn. This is definitely not what Brendon had in mind when he pictured his perfect summer.

“Monday comes, as Mondays always do. My alarm goes off at 7:00 a.m. I shut it off but stay in bed for another fifteen minutes. The day ahead and all it entails hovers like some horrible specter above me. Is this how a person feels on their morning of martyrdom? I don’t dwell on the thought too long before it occurs to me it’s probably the most morbid fancy I’ve ever entertained. After all, there are no starving lions waiting for me at the mall. Unless the fryer comes to life and douses me in boiling peanut oil or there’s really a zombie invasion in the works, I’m going to be fine, at least physically. My psyche is another matter.

I shower, don my uniform, stuff a toaster pastry in my mouth, and leave the house to fetch Glenn. I wait in his driveway for five minutes, and when he doesn’t show, I begrudgingly make my way to his door. I’ve only taken a few steps when said door opens and there stands Glenn, in all his pink and brown glory. I’m painfully aware my appearance is just as abhorrent, so I return to my car, keeping my eyes on the driveway as I go. Glenn closes his front door and walks solemnly to the passenger side. Neither of us speaks as we settle into the car and I pull away. The silence persists all the way to the Tri-City Mall.

Sometimes there are no words.

After a ‘motivational’ speech and a pop quiz from Commander Maxwell III, The K-Nut Hut opens for business at 9:00 a.m. alongside most of the other shops in the mall.”