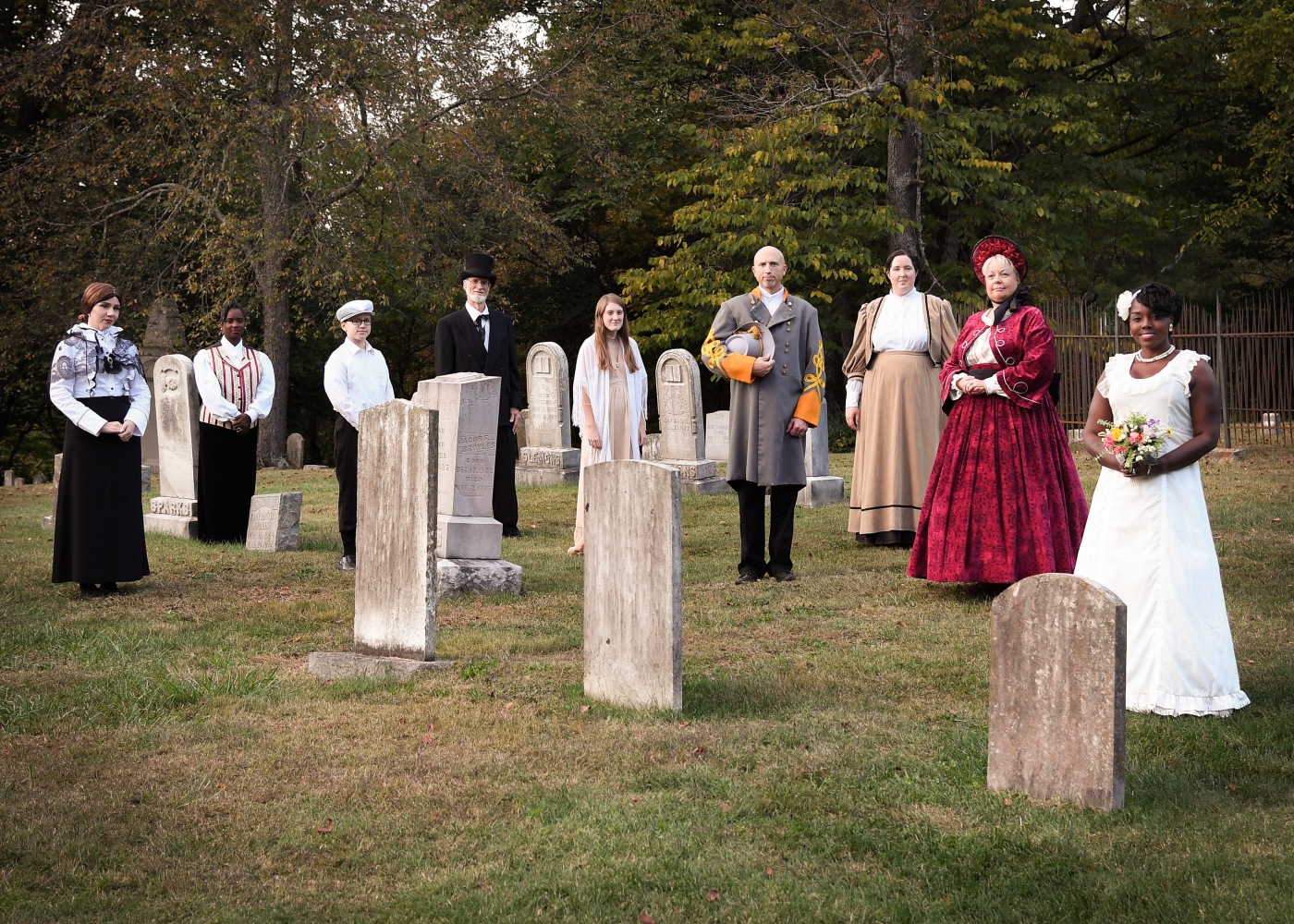 I’m taking a momentary break from The Summer Between on this Work in Progress Wednesday to share a bit from my upcoming play A Spot On the Hill. The Heritage Alliance sponsors A Spot On the Hill every October in the Old Jonesborough Cemetery. The performances help to raise funds for the tombstone restoration and preservation in the Rocky Hill and College Hill cemeteries. This is the fifth year we’ve done A Spot On the Hill. It is one of my favorite parts of my job. Every year we try to feature nine-ten new stories of people who are buried in the cemeteries. The play is heavily researched, and whenever possible, I use quotes from the person or directly about the person. Our tagline is “Real stories. Real lives. Real tombstones.”

I’m here because of laundry, and my husband. My name is Lucinda Jackson, but most people know me as Cynthia. My husband is Giles Jackson, but most people called him Jack. Giles belonged to the Colored Peoples Cemetery Society of Jonesborough. He was one of the trustees who helped establish College Hill Cemetery in 1890. I was buried there just eight years later. Giles was a character, loved to talk. He was always talking. He was a barber, said it was part of his profession. Everyone knew Jack and his stories, especially the one about how he’d been kicked in the head by a horse. That story always started the same . . .

Let me tell you how I got these scars!

Sometimes I wish that horse had kicked him a little harder. But I loved Jack’s stories. That’s part of what attracted me to him. I was his second wife. We married in 1894. Jack had his barber shop in the basement of the courthouse, and I had my laundry in our house on Woodrow. Jack was always complaining that I was too quite. “Look at you, just standing at that tub and saying nothing.” But I was thinking, always thinking. Jack was used to everybody telling him his business in his chair. I knew everything about everybody, too, but they didn’t have to say a word to me.

(Carter D brings her a bundle of laundry.)

This shirt is not her husband’s size.

(William M brings her a bundle of laundry.)

That’s a lot of blood, and it ain’t hog killing time. Someone needs to check on that.

(Jennie R brings her a bundle of laundry)

(finishing her thought for her)

Destroying that awful shirt of his so you never have to see it again? Don’t worry, laundry accidents happen all the time.

Laundry’s not as solitary as you’d think. But I liked the peace, when it came. I liked to stand at the tub and look out the window and think about how much had changed in my lifetime, and how much would change in Nannie’s lifetime. She was Jack’s granddaughter, but I like to think of her as mine, too. What would the world look like outside her window?

Then Jack would come in and tell me I was being too quiet. What he didn’t know, though, was I was solving all the world’s problems.

“Cynthia Jackson, wife of Giles Jackson, dropped dead while at the wash tub Monday morning. The doctor pronounced the cause of her death, apoplexy.”

If only I’d lived to solve those problems, or see the world Nannie got to see. But at least I got a break from that horse story for a while. 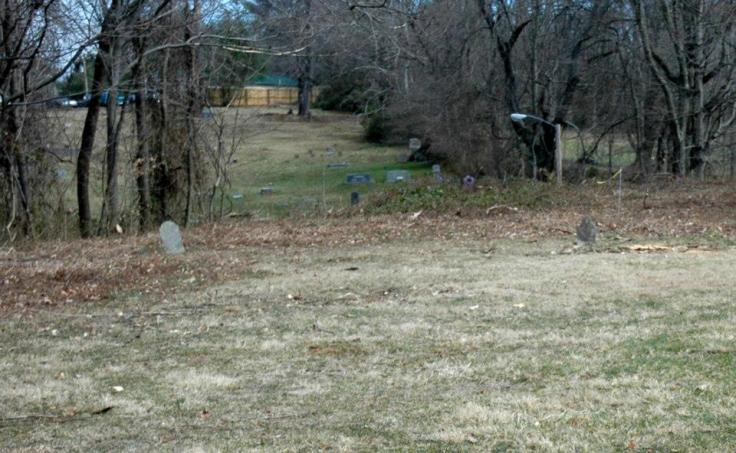 (The picture looks pretty bleak, but it was taken in the winter. That is the view of College Hill from Rocky Hill. Rocky Hill was the traditionally white cemetery and College Hill was the traditionally African American cemetery. They were segregated by society and nature. Thanks to programs like A Spot On the Hill, we’ve been able to break down that natural barrier and share both cemeteries as part of one whole. Lucinda Jackson is buried in College Hill.)

If you’re in the Northeast Tennessee area and want to see A Spot On the Hill, we have performances on Oct 19, 20, and 26 at 6:30 and Oct 20 and 27 at 2:30. Find out more about the play and how to get tickets by visiting the Heritage Alliance’s Facebook page

8 thoughts on “#WIPpet Wednesday A Spot On the Hill”